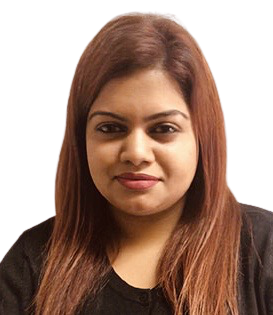 British born Iqra Kazee graduated with a Masters degree from the British School of Osteopathy in 2013. Her post-graduate studies include a medical dry needling qualification which allows her to add this modality into her treatment plans when needed. She also completed a Kinesiology taping course which she uses both in clinical practice and during sporting events.

Iqra’s keen interest in sports and sports therapy lead her to complete the first osteopathic sports care association (OSCA) internship. The placements provided pre/post game osteopathic care to all the athletes throughout their season at competitions and pitch side first aid. She has previously treated patients in many charity basketball and football matches.

Iqra’s osteopathic career has consisted of working in numerous muti-disciplinary clinics ranging from purely private patients to the National Health Service (NHS) UK. She has treated various conditions at fluctuating stages of acute to chronic during her working career. These include sporting injuries in novices to professional athletes, she has worked with paraplegic patients encouraging movements and cognitive stimulation exercises. Working in central London Iqra saw many weekend warriors and desk based postural strains.

In addition to working in close proximity with private obstetrics and gynaecological clinic, she has treated many pre-natal women who were just starting on their pregnancy journey. Iqra was able to support them by easing their muscular-skeletal pains throughout their pregnancy. In Singapore, Iqra has presented several talks to corporate companies and women's pre-natal support groups.

Her fundamental method dates back to A.T Stills “structure governing function”, which is why she finds it essential to observe musculoskeletal postures and joint levels, as well as testing integrity and ranges.

Iqra’s central belief is that recovery and long term care begins by identifying and treating the root cause of the patient’s conditions, both specifically and holistically rather than just the symptoms. Promoting recovery and preventing injury is a key reason why she will commonly incorporate exercises and lifestyle changes.

In her spare time, Iqra enjoys participating and attending sporting events, in particular basketball and cricket, in which she plays in regional teams. Her keen interest in learning about different cultures has led her to travel with friends and family. Whilst in Singapore she intends to learn more about the culture and cuisine.

Read What Patients Say About Us here.